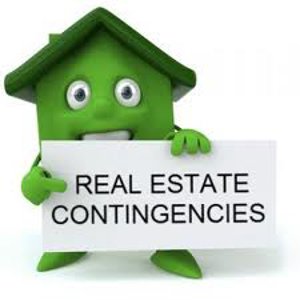 By definition, a contingency is a provision in a real estate contract that makes the contract null and void if a certain event were to occur. Think of it as an escape clause that can be used under defined circumstances. It's also sometimes known as a condition.

It's normal for a number of contingencies to appear in most real estate contracts and transactions. Either the seller or the buyer can propose a condition on just about anything; it's all part of the bargaining back-and-forth. Still, some contingencies are more standard than others, appearing in just about every contract. Here are some of the most typical.

A contract will typically spell out that the transaction will only be completed if the buyer's mortgage is approved with substantially the same terms and numbers as are stated in the contract. In other words, if the contract specifies a down payment of 30 percent and a conventional 30-year loan, that's what should be approved by the lender. Usually, that's what happens, though sometimes a buyer will be offered a different deal and the terms will change.

The type of loans, such as VA or FHA, might also be specified in the contract. So too might be the terms for the mortgage. For example, there might be a clause stating: "This contract is contingent upon Buyer successfully obtaining a mortgage loan at an interest rate of 6 percent or less." That means if rates rise suddenly, making 6 percent financing no longer available, the contract would no longer be binding on either the buyer or the seller.

A buyer would not want to close on a home—and the lender definitely would not close on it—if the buyer was unable to get homeowner's insurance. The buyer should immediately apply for insurance to meet deadlines for a refund of earnest money if the home can't be insured for some reason. Sometimes past claims for mold or other issues can result in trouble getting an affordable policy on a residence.

The deal should be contingent upon an appraisal for at least the amount of the selling price. Should the appraisal come in lower, another negotiation might become necessary to see if the seller will lower the price to make up the difference. If not, this circumstance could void the contract.

The completion of the transaction is typically contingent upon it closing on or before a specified date. Let's say that the 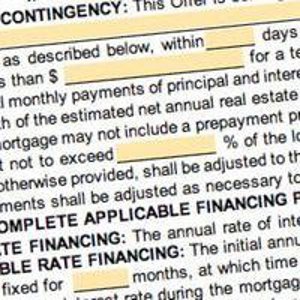 buyer's lender develops a problem and can't provide the mortgage funds by the closing/funding date cited in the contract. Technically, the seller can back out, although the closing date is usually just extended. However, if the seller has another, higher offer waiting in the wings, he might want to enforce the contingency, using it as a way to leave the current agreement and accept the better offer.

Some real estate deals might be contingent upon the buyer accepting the property "as is." It is common in foreclosure deals where the property may have experienced some wear and tear or neglect. More often, though, there are various inspection-related contingencies with specified due dates and requirements. These allow the buyer to demand new terms or repairs should the inspection uncover certain issues with the property – and to walk away from the deal if they aren't met. The seller can then either accept or reject those terms; rejecting them would also terminate the contract.

Often, there's a clause specifying the transaction will close only if the buyer is satisfied with a final walk-through of the property (often the day before the closing). It is to make sure the property has not suffered some damage since the time the contract was entered into, or to ensure that any negotiated fixing of inspection-uncovered problems has been carried out.

Sale of Another Home Contingency 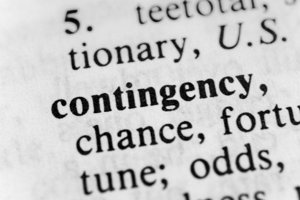 Sometimes the buyer is only able to close if he can get funds from the sale of his current home, which is usually under contract at the time he enters into the deal for the new home. So he makes the new deal contingent upon successful completion of his old place. A seller accepting this clause may depend on how confident she is of receiving other offers for her property.